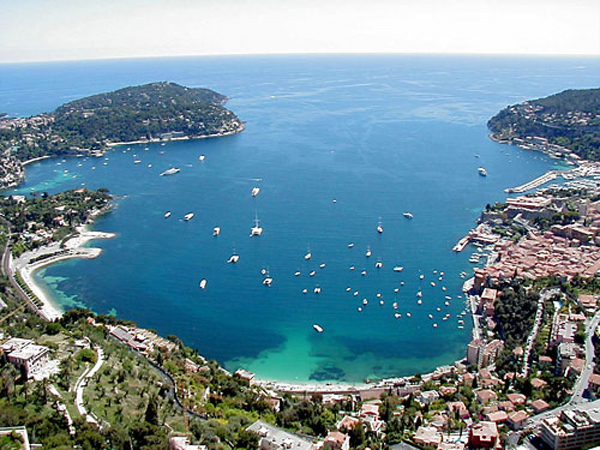 Villefranche-sur-Mer, French town bordering the city of Nice which it is separated by the Alban Mount and Mount Boron and is adjacent to the peninsula of Saint Jean Cap Ferrat in the East with which it shares the sides of the harbour of Villefranche.

In the past, the town served as an enclave for the Russian Empire where it moored its fleet. The sea side is now particularly popular with divers because it is one of the deepest in the world with an abyss of more than 500 meters in the Baie Des Anges. The town offers many attractions of which the best known is the citadel of St. Elmo, monument of the sixteenth century and home to several Art museums such as the Volti and Goetz-Boumesteer museum. Also, the port of Darse, a former military port, transformed today into a marina where there is the Oceanographic Observatory of Villefranche, listed in the register of historical monuments. In addition, it is possible to take the Rue Obscure, one of the most mysterious covered street in the heart of the city, 130 meters long and built in 1260.

Finally, the Villefranche reserve a significant portion of its coast suitable for swimming, surrounded by sand where one can lie in the sun of the Côte d’Azur.