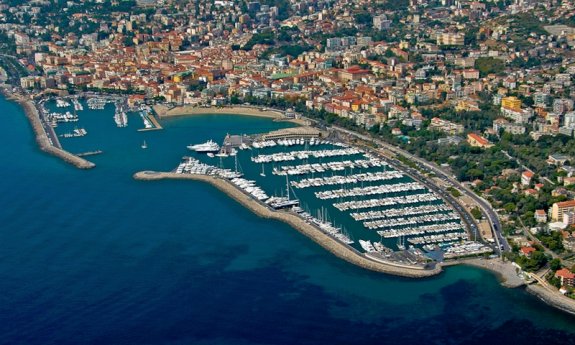 San Remo, an Italian town of Liguria region is located on the coast of the province of Imperia. Its appearance of cove protected by the mountains ensures a mild climate.

The touristic town is famous for the cultivation of flowers thanks to which is organized annually the flower parade or “San Remo flower” which earned it the nickname “City of Flowers.” In addition, other traditional events are popular in this region like the festival of Italian song, car rally and the famous cycling race Milan-San Remo which is the final destination. Historically speaking, the city of San Remo has many references. Indeed, during the 2nd half of the nineteenth century, following the Tsarina Maria Aleksandrovna, San Remo becomes a popular place for the Russian aristocracy. This influx of the Russian elite will be marked by the construction of an Orthodox church which became a historic monument. As such, many of the buildings are part of the heritage of the city such as the Church of San Siro, the Santo Stefano and the Devachan castle. Finally, the town is known for its market offering local products outlining the regional crafts.

Thus, beyond its traditions and culture, the city offers many places of entertainment: parks, gardens and palaces. In addition, the sandy beaches are an integral part of the city and can often enjoyable sunny days.