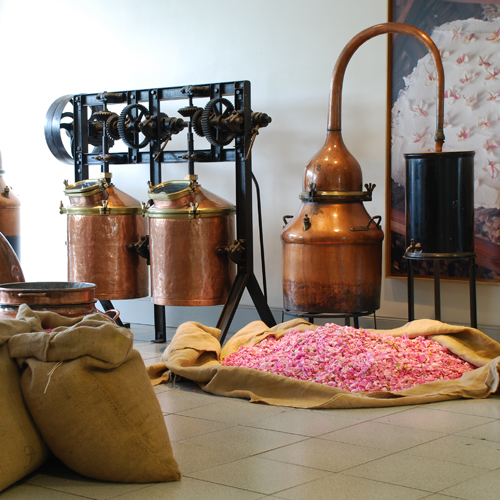 Grasse, the city of perfumes, flowers, Art and history, is located in the middle part of Côte d’Azur. It is a municipality with a Mediterranean climate which gives it exceptionally mild temperatures.

The mild climate has allowed the city to be known for its garden which earned him getting three types of flowers in the competition of cities and villages in bloom but which also allowed another sector development that became the pride of the town of Grasse, the perfume. It is a place where the perfume is a traditional activity. It attracts tourists from all sides particularly for the world-famous perfumeries: Fragonard, Molinard and Galimard. With rare scents, the Grasse’s local products are widely represented worldwide through brands such as Dolce&Gabbana, Armani and Hugo Boss. In addition, Grace was promoted City of Art and History. Indeed, beyond the many religious buildings, places, historical monuments and famous gastronomy, the town served as a place of intrigue for several novels including the one that received the literary prize of the city of Grace in 2005, “Le Moulin Du Rossignol” by George Camera but also a part of the novel “Le Parfum” by Patrick Suskind or” Dans Un Grand Vent De Fleurs” by Janine Montupet which was adapted into a TV drama.

Grasse is a place for holiday and rest that is worth seeing by virtue of its ideal location for relaxation but also for what it represents globally in the areas in which it excels.